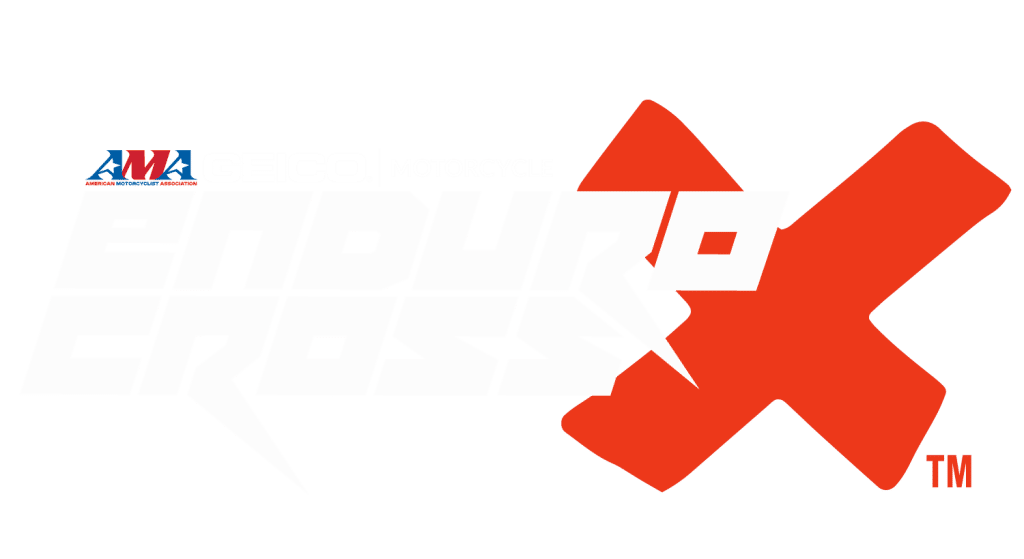 SCHEDULE RELEASE UPDATE (July 18, 2022) The six-race 2022 AMA EnduroCross series will now kick off a week earlier on September 17 in Salt Lake City (instead on September 24 in Redmond, Oregon). The Redmond round—a new location for the series and a return to the Pacific Northwest—keeps its date of September 24 and the other dates remain the same.

The six-race 2022 AMA EnduroCross series will now kick off a week earlier on September 17 in Salt Lake City (instead on September 24 in Redmond, Oregon). The Redmond round—a new location for the series and a return to the Pacific Northwest—keeps its date of September 24 and the other dates remain the same.

The full 2022 Schedule is as follows:

TULSA, OK (May 24, 2022) – Today, the AMA EnduroCross, an internationally regarded off-road motorsports racing series, announced its 2022 series schedule. The six-race series will begin with Round 1 on September 24 in Redmond, Oregon at the First Interstate Bank Center­­––a new location for the series, and a return to the Pacific Northwest.

The second round of the series will take place October 1 at the National Western Event Center in Denver, Colorado, before heading to Salt Lake City, Utah for Round 3 and Prescott Valley, Arizona for Round 4. The series then heads to Boise, Idaho before the final round in Reno, Nevada on November 19.

“I’m excited to see the series continue to grow with focused efforts on what our sport’s community values most,” said Adam Hammock, EnduroCross Operations Manager, “we’re making the changes we believe are needed to elevate EnduroCross to the next level.”

The 2022 AMA EnduroCross Championship will be live streamed via RydeTV, a leading sports streaming and original content network. It will then be released at a later date on network television. Further details will be announced regarding the live stream on RydeTV as we get closer to the series kickoff.

“The AMA is looking forward to another great season of racing and working with the entire EnduroCross Team,” said Erek Kudla, AMA Off-Road Racing Manager, “The series returning to the Pacific Northwest will undoubtedly help continue the growth of EnduroCross and our sport.”

Rockstar Husqvarna’s Colton Haaker will be back and aiming to earn his sixth AMA EnduroCross Championship, which would put him at the top of the list outright ahead of Taddy Blazusiak. FactoryOne Sherco rider, Cody Webb, will be working hard to put a stop to Haaker’s championship streak and take his fourth AMA EnduroCross championship.

Trystan Hart was a top contender in 2021, on his FMF Factory Racing KTM, until he was sidelined midway through the series after sustaining an injury. Hart has since rebounded and shown his abilities as he’s dominating this year’s AMA US Hard Enduro Series. Hart will be a force to be reckoned with as he seeks his first AMA EnduroCross Championship in 2022.

Cooper Abbott demonstrated significant progress in 2021, finishing 2nd overall in the series. Abbott joined FactoryONE Sherco earlier this year, alongside teammate Cody Webb. Could Abbott’s factory team support be the key for him to land the top spot on the podium?

Cory Graffunder and Max Gerston are no strangers to EnduroCross, nor the podium. Their veteran status, combined with the off-season shake-ups, might just be the ideal landscape for these two to be contenders for the championship.

It would be a mistake to rule out some of the young, up-and-coming talent that’s currently brewing as Hard Enduro grows stateside. We’ve seen the development of more than capable riders over the more recent years including: Ryder LeBlond, Will Riordan, and Spencer Wilton, and they will seek to build upon their experience to make a run at this year’s AMA championship.

The full 2022 Schedule is as follows: